The old inn in Kungsbacka exists no more. The house was destroyed in a furious fire 2006.
Elisabeth and me went to Kungsbacka to see if we in some way could locate the building or the place for the building. I had, despite a lot of investigations, not found any information about ”The Old Inn”.
We meet a pair, Astrid and Bo Löfgren, at the square. They immediately told the buildings late history and showed where it had been placed. Bo’s new, still not collected, spectacles was also burned.
They told a story, that it once happened, when a group hunters, after the hunt, was sitting in restaurant Ester (the restaurant in The Old Inn) eating, a moose crashed through the entance, through the restaurant and in the end jumped out through a window .. or was it in the opposite way …. 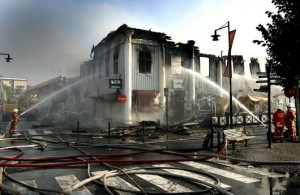 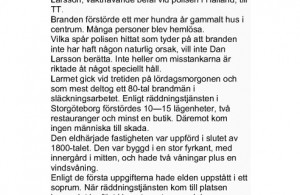 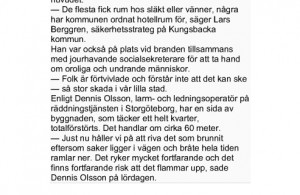